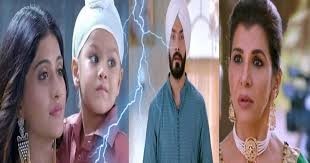 It was seen that Mehar ended Tarkash’s drama where entered Dhillon house to demand her own right in property.

Owing to which, Kulwant Kaur and Mehar get indulged in heated argument over same and Kulwant taunts Mehar over Karan and Param.

Where further Mehar gets call from Param’s school that Param has been suspended from school for misconduct.

In upcoming show Mehar will be seen supporting Param over the same sidelining her property drama, while Sarbjeet will get furious over this,

What will be Mehar’s secret motive behind all this?