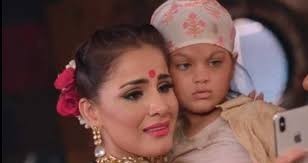 It was seen that Mehar saved Arti from Tarkash’s torture where Mehar and Sarbjeet gets united again.

Where further Harleen also gives electronic gadgets to Param where Mehar gets miffed with all this.

Where further Mehar gets call from Param’s school that Param has been suspended from school for misconduct.

Not only this param also misbehaved with Mehar owing to his insist where everyone will raise question over Mehar’s mother hood.

How Mehar will solve this drama and what will be Param’s mistake in all this, will Mehar able to tackle this?