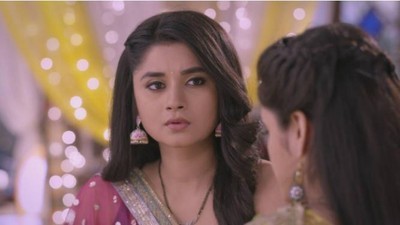 Zee Tv’s most popular and lovable daily soap show Guddan Tumse Na Ho Payega is up for some high voltage melodrama and upcoming twists in show.

As per latest track of the show Saru brings Akshat and Antara’s daughter Alisha back from jail where AJ and Guddan gets shocked.

However where further amid all this there is new drama in the show where Alsiha uses bad words for Guddan and refused to accept Jinadal family rules.

However where further it is unveiled that Alisha has entered the house to take revenge of her mother Antara where Jindal family made her mother cry.

Where Guddan is foremost in the list of enemies, while Aj is unaware of all this.

What will be Guddan’s next move?

It would be interesting to see what will happen next in the show Guddan Tumse Na Ho Payega.