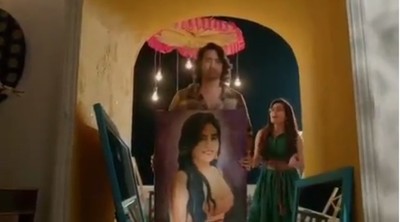 As per latest track of the show on exhibition day Abeer’s painting gets in fire where due to fire Abeer gets much tensed.

While after all this Abeer entered in fire where Mishti gets shocked seeing all this that how Abeer can do so for such painting.

Mishti too entered in fire, Kunal uplifts her in arms

However where further after all this there is twist where Abeer saved mishit from fire while Kunal uplifted Mishti in his arms and got entire credit on himself.

It would be interesting to see coming up spicy drama, and what will happen next?

Keep watching this site for more exciting updates and upcoming twists in the show.